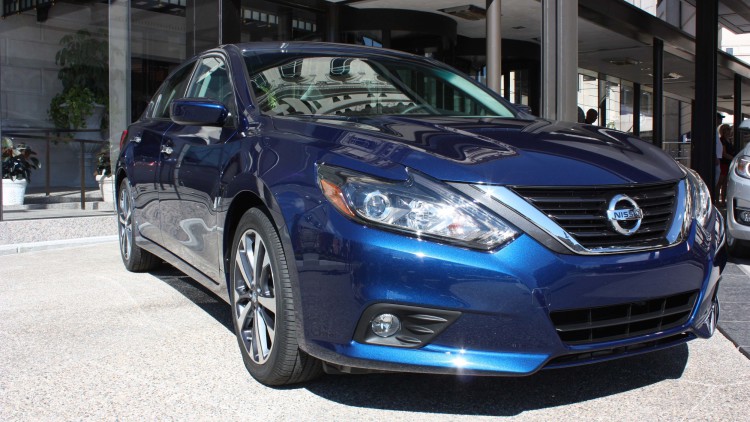 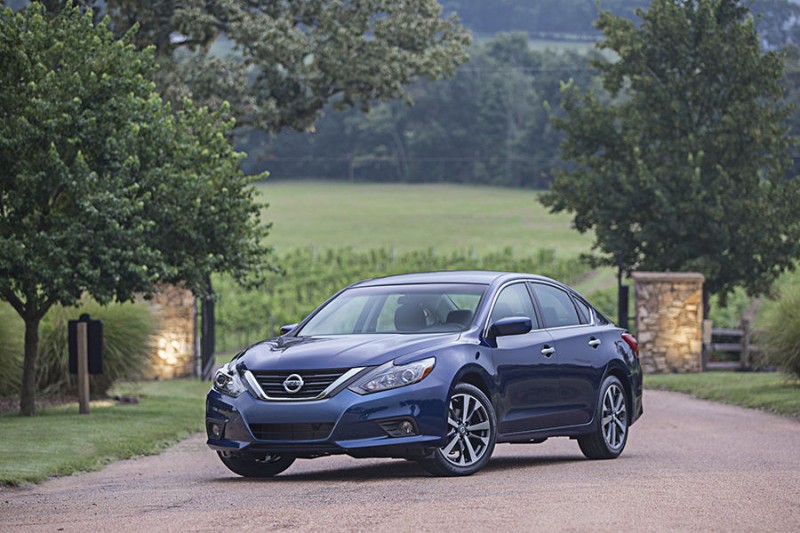 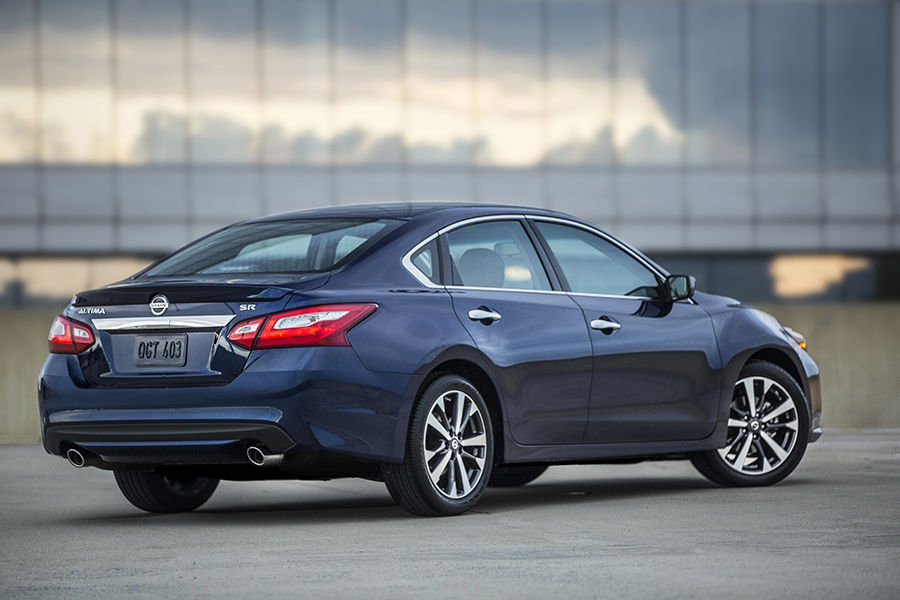 The 2016 Nissan Altima receives a midcycle styling refresh, along with new advanced safety features and a sporty SR trim level.

It’s only been three years since the Nissan Altima received a full redesign and in that short span its competition has surpassed it in many ways. The 2016 Nissan Altima strives to restore relevance with an exterior styling update, a handful of new features and a sporty new SR trim.

The new V-shaped grille up front brings the Altima up to date with other Nissan vehicles and, when combined with sharper headlights and taillights, it does breathe some life back into its predecessor’s comparably plain appearance. The addition of adaptive cruise control, paired with forward collision warnings and automatic braking, may also entice shoppers.

Unfortunately, the interior has largely been ignored in this midcycle refresh. The drumbeat of technology has made the Altima’s once praiseworthy infotainment system old news compared to the latest units from rivals. The same holds true for the materials used in the cabin. The Altima’s engine performance is still strong, however, and fuel economy remains at or near the top of the field for both the four-cylinder and V6.

Overall, the current-generation Altima isn’t quite as dominant in 2016 as it was in 2013. It’s still perfectly adequate on its own, but when compared to newer A-rated sedans like the Honda Accord, Mazda 6, Hyundai Sonata and its Kia Optima cousin, it becomes very clear that the Nissan has been surpassed.

Classified as a midsize sedan, the 2016 Nissan Altima seats five and is available in five main trim levels: base, S, SR, SV and SL. These trims are further differentiated by an engine size prefix: 2.5 for the four-cylinder and 3.5 for the V6, but the 3.5 is only available in SR and SL trims.

ALSO READ  Myth about Electric & Hybrid Cars: are they really for Nigeria?

Some features are available on lower trim models as options. Other add-ons are available either in packages or standalone and include a sunroof, heated mirrors and an auto-dimming rearview mirror. SL trims are eligible for bundled Technology packages that include adaptive cruise control, forward collision warnings with automatic braking and enhanced NissanConnect services with emergency telematics.

ALSO READ  The Most and Least Expensive Cars to Maintain

In Edmunds testing of a mechanically similar 2013 Altima 2.5, we recorded a zero-to-60-mph acceleration time of 7.8 seconds, which is better than average for the class.

The government has not crash-tested the 2016 Altima as of this writing, but the mechanically similar 2015 model received five out of five stars for overall crash protection, with five stars for frontal-impact safety and five stars for total side-impact safety. The Insurance Institute for Highway Safety awarded the 2016 Altima its top rating of “Good” in moderate-overlap frontal-offset, side-impact, roof-strength and whiplash reduction (seatbelts and head restraints) tests. Results for the small-overlap front-impact test were not available as of this writing. 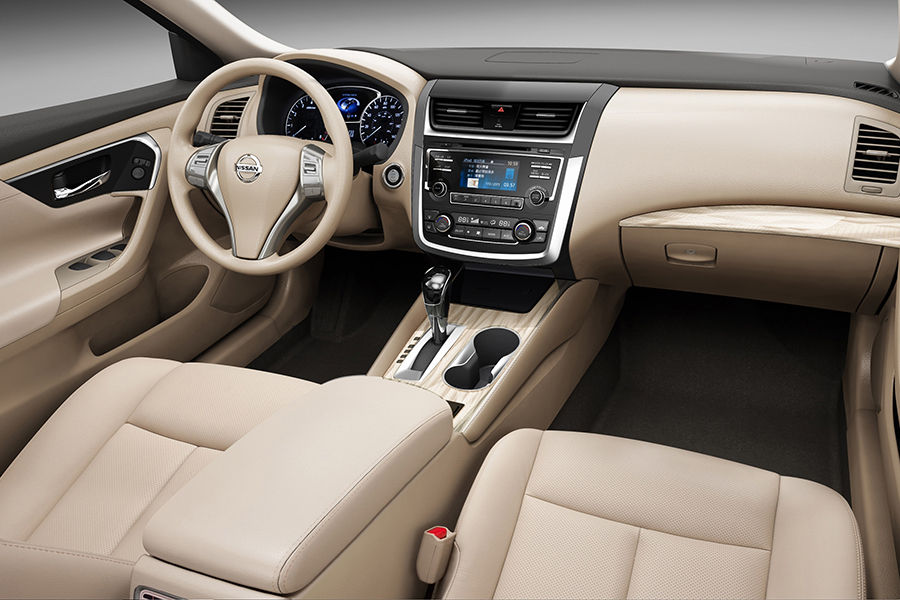 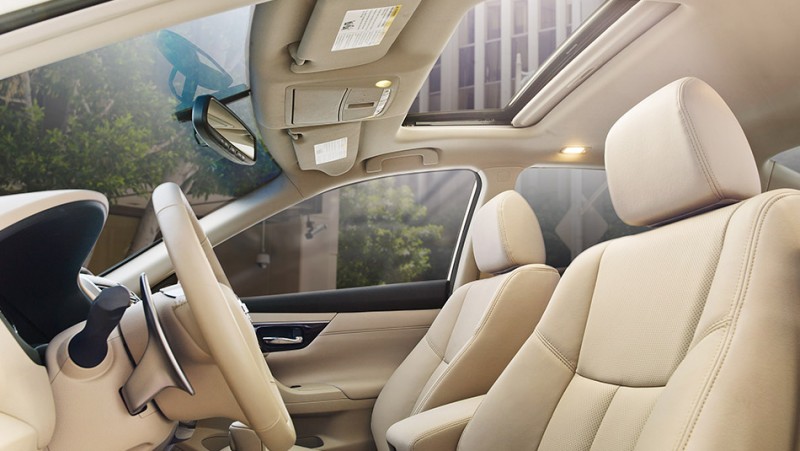 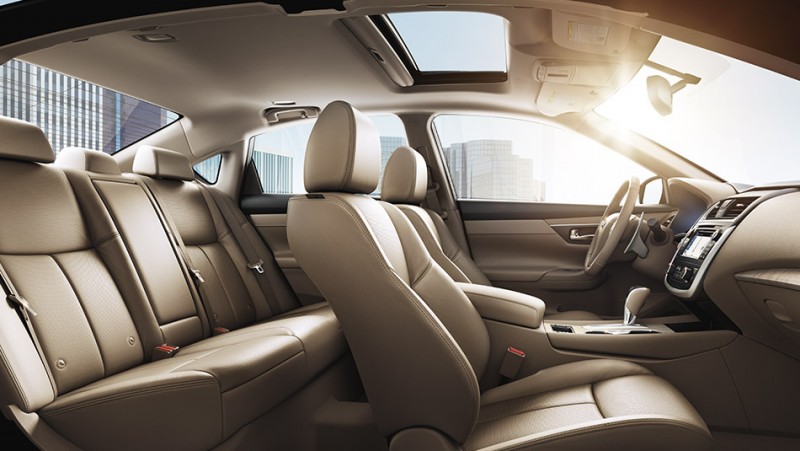 Changes to the 2016 Nissan Altima’s interior are subtle compared to the exterior makeover. The design and materials quality are decent for the class, but the infotainment systems have fallen behind the times. The standard 5-inch display is small and difficult to read at a quick glance. The 7-inch upgrade is easier to read but isn’t as intuitive or easy to operate as competitors’, and the low positioning of the screen forces the driver to take his or her eyes off the road to use it. It also doesn’t offer as in-depth smartphone app integration as the latest systems.

The front seats are comfortable thanks to Nissan’s NASA-inspired “zero gravity” design, but the leather upholstery on the SL trim can be stifling on warmer days. Rear seats provide enough head- and legroom for the average adult and feature an elevated seat cushion for better forward visibility. Despite an increase in sound insulation for 2016, road and engine noise can sometimes be intrusive.

Trunk space is about average for the class at 15.4 cubic feet, but the Altima scores additional points for the wide and low opening. There’s also plenty of storage for your personal items in the cabin.

Nissan has done well historically with continuously variable transmissions (CVT) and the 2016 Altima continues that tradition. The CVT is more responsive when you press on the gas pedal compared to its competitors, and the simulated stepped gears reduce some of the engine drone that others suffer from. Still, drivers of an Altima 2.5 will feel the need to floor the pedal to get up to highway speeds confidently, and it will seem overly noisy and loud in the process.

The Altima used to hold a handling edge over other family sedans, but recent redesigns to its class rivals have seen that advantage disappear. It remains composed and predictable on a winding road, but it is limited by the front tires’ tendency to lose grip. The new SR trim may make the Altima more competitive when it comes to athleticism, but we haven’t yet fully tested it to know for sure.

Sporty handling isn’t a priority for most family sedan buyers, obviously, so for the majority of drivers the Altima will be adequate, though not impressive. The ride quality isn’t as smooth or composed over rougher pavement as rivals’, but it’s not overly harsh, either. Like many things about the 2016 Nissan Altima, it neither excels nor fails.