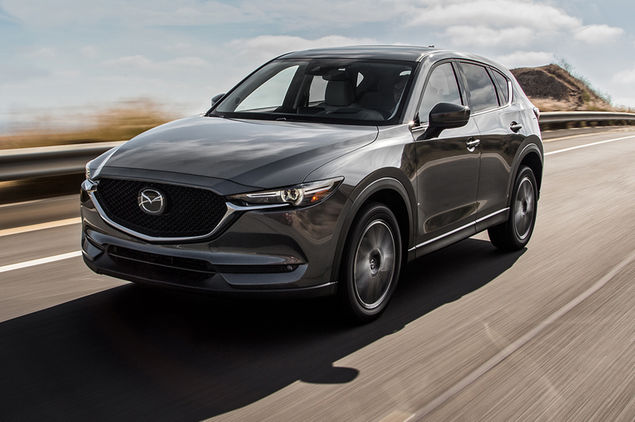 Sales usually taper off toward the end of a car’s life cycle. Vehicles tend to be outdone by newer and more updated competitors, or buyers will wait a few months for the inevitable successor. Not the CX-5.  It has been Mazda’s best-selling vehicle two years in a row (2015 and 2016), and December 2016 was its best-ever sales month. This could be attributed to the growing demand for SUVs and crossovers, but it could also be because the CX-5 is just a great car. Period. The last-gen model won our last Big Test against eight other small crossovers, some of which were much newer than the CX-5. The new 2017 CX-5 has some pretty big shoes to fill, and adding it to our long-term fleet should help us find out just how much Mazda improved its popular crossover. 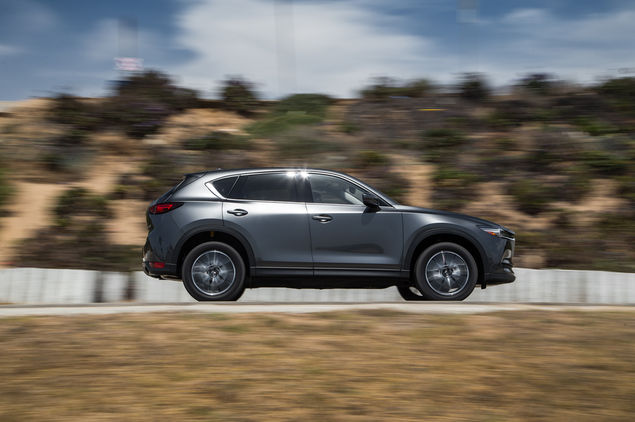 Like with our old 2013 CX-5 long-termer, we decided to opt for the top-of-the-line Grand Touring AWD, this time in Machine Gray with creamy parchment leather interior. All trim levels get Mazda’s Skyactiv 2.5-liter four-cylinder with 187 hp and 185 lb-ft of torque mated to a six-speed automatic. Other standard features include a rearview camera, 40/20/40 split-folding rear seats, a 7.0-inch touchscreen, and Mazda’s cool new G-Vectoring technology.

The Grand Touring trim nets you quite a few goodies. Exterior features include 19-inch wheels, rain-sensing wipers, heated power mirrors, a sunroof, adaptive LED headlights, LED foglights, and a power liftgate. The interior gets leather, an eight-way power driver’s seat with adjustable lumbar support, dual-zone automatic A/C, a Bose 10-speaker audio, a heated front seat, an auto-dimming rear view mirror, and Mazda’s navigation system. Notable safety features include blind-spot monitoring, rear cross-traffic alert, smart city brake support, lane departure warning, and lane keep assist. We ticked the box for the $1,830 Premium package, which adds two-position driver’s seat memory, a six-way power front passenger’s seat, heated outboard rear seats, a heated steering wheel, a head-up display with traffic sign recognition, and the SoCal must-have windshield wiper deicer. Other options include a cargo mat ($70), a rear bumper guard ($125), and sexy Machine Gray paint ($300). All those goodies add up to a MSRP of $33,960, which is pretty reasonable if you ask me, though I would skip out on the Premium package if I were to buy one myself. 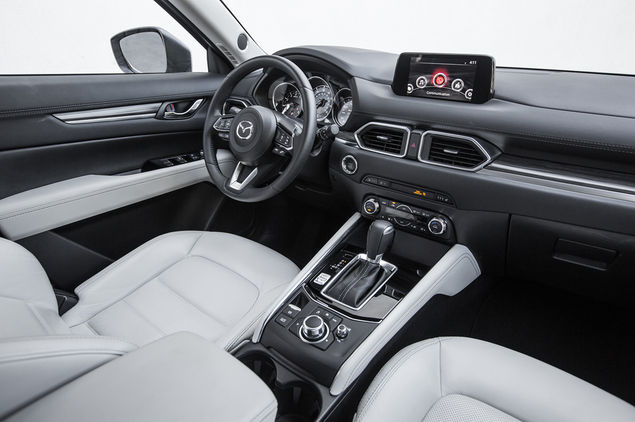 In a recent motor trend comparison, the CX-5 lost by a hair to the CR-V due to the CR-V’s more spacious interior, better fuel economy, and technology. The EPA rates the AWD CX-5 at 23/29/26 mpg city/highway/combined, and I’m curious to see what kind of mpg numbers I can achieve in real life, though with my lead foot I’m not so confident. Can’t do much about space, but the extra 16.2 cubic feet of space behind the first row that the CR-V offers shouldn’t be a deal breaker for me. Mazda has also hinted at the addition of Apple CarPlay or Android Auto in newer models or an update available for current CX-5s to make it more competitive in the tech department. Hopefully that update will come during our year with the CX-5.