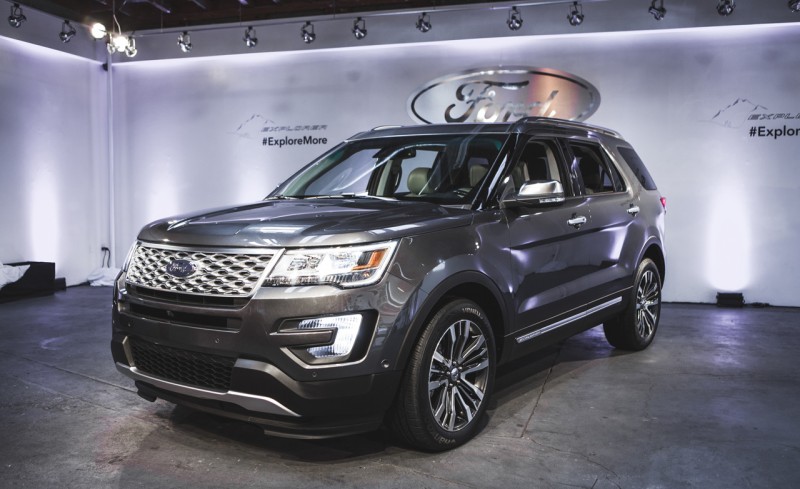 THE 2016 Ford Explorer is now available in left-hand drive markets in Sub-Saharan Africa, bringing more smart technologies, improved performance and efficiency, as well as greater all-round capabilities to this popular model. As America’s top-selling sports utility vehicle (SUV) for the past 25 years – with more than 7 million sold in the United States alone – the Explorer has a formidable reputation that will reach even greater heights in its updated form. “The Ford Explorer helped define how the world thinks about SUVs,” said  Rob Johnston, Regional Manager Sales and Marketing, Ford Customer Services Division for Sub-Saharan Africa. “It is the centrepiece of Ford’s global utility vehicle line-up because it delivers an ideal combination of form and function” he added.  Form and function Introduced in 1990 as a 1991 model in the US, Explorer featured generous interior space, customers were looking for, and was engineered specifically for people seeking adventure for their families and a way to express their individuality. For a quarter century, Explorer has reigned as one of America’s best-selling SUVs.

Ford Explorer is built in North America at Chicago Assembly Plant, as well as in Venezuela and Russia, and is sold in markets across the globe. “Customers love Explorer, and they expect it to continue to lead the way in innovation, performance and fun,” said Arie Groeneveld, chief engineer for the new Explorer. “That’s the challenge we embraced when we set out to build the best SUV in the world.” With the latest Explorer,  customers will get even more capability, thanks to the introduction of two all-new EcoBoost engines for the 2016 models, delivering unrivalled performance matched to outstanding fuel efficiency. “The new Explorer isn’t giving up its reputation as a leader in highway fuel efficiency – which is especially key for customers who want a vehicle that is also a capable trail warrior,” said Groeneveld.

Also, the Explorer’s intelligent four-wheel drive with Terrain Management System™ reassesses conditions about 20 times faster than the blink of an eye – providing precise handling and traction.

Ford plans fewer cars, more Trucks and SUVs
The 10 Best Engines of The Last 20 Years
The Most and Least Expensive Cars to Maintain
Things to watchout for while Buying a Used Car
Basic Car Maintenance Tips