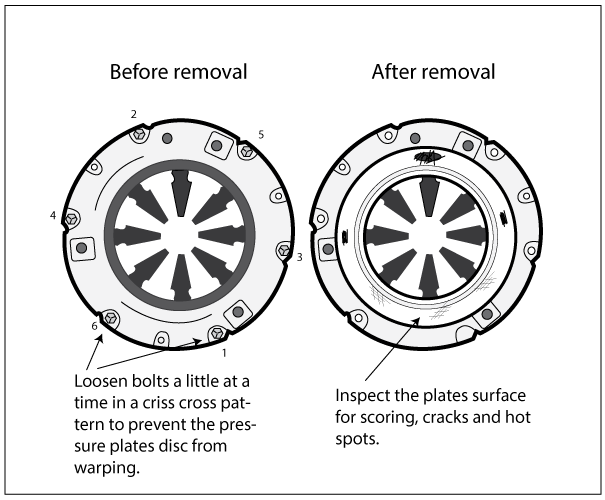 Clutch Fault is a faulty condition in which there is not enough friction in the clutch, so that engine speed rises without a corresponding increase in road speed. 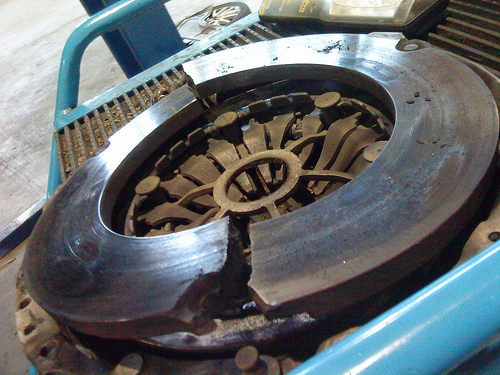 There are four (4) main clutch faults, which are: Slip, Judder, Drag or spin, and Fierceness/Snatch

When a gear ratio has been selected, the clutch pedal has been released and the accelerator pedal has been pushed down, and yet no power is transmitted to the driving wheels although the engine accelerates. This condition is indicated as slip. Also there may be smell of burning asbestos.

When the clutch is re-engaged by the gradual release of the clutch pedal but, instead of a smooth take-up, the combined engine-and-gearbox unit shudders and vibrates. This is known as judder, which is a severe low-frequency vibration, and normally occurs when the clutch is released and the vehicle is moved from stationary position.

When it is difficult to engage a gear either when the vehicle is stationary or in motion, due to the driven-plate being dragged around even after the clutch pedal has acted to release it, then this condition occurs. In worst case, vehicle continues to move even when the pedal is fully depressed.

This condition exists when the clutch pedal is released instead of a gradual smooth take up of the drive, a snatch or jerky engagement of the engine with the transmission drive is experienced.