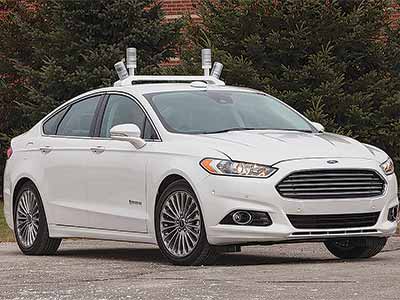 GIANT automaker, Ford, has concluded plans to roll out more automated driving features in its new Ford and
Lincoln models.

Essentially, the new features will include a traffic jam assist and a “fully active” auto-parking system that can shift, brake, and steer into a spot.

Chief Executive Officer of Ford, Mark Fields who revealed the initiative at the Mobile World Congress in Barcelona, Spain, also disclosed that the automaker will triples its investment in developing new driver assist features

According to him, the traffic jam assist is an autopilot that combines the adaptive cruise control and lane-keeping assist for a few seconds of no-hands driving.

On the fully autonomous front, Ford claims it has the largest fleet of automaker-owned test cars, with 30 Fusion Hybrid sedans.

Autotrends reported that the organisation expects to offer production cars with fully-autonomous features within four years, adding that it would roll them out first in “climates that support optimal sensor performance and in areas that have been mapped in high resolution 3D.”

“Unless Ford drastically improves upon the accuracy of current-gen semi-autonomous systems, there’s nothing groundbreaking in Ford’s announcements. You can already get these features on a base Honda Accord LX.

“General Motors will offer Super Cruise on Cadillac models in 2017. Nissan has pledged it would offer similar features on lower-priced cars by 2018, along with the ability to automatically swerve from obstacles and change lanes.” The report stated.