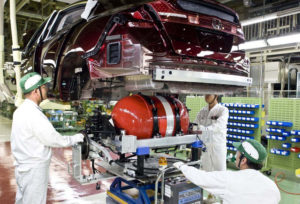 It’s no secret that introducing a new technology is a costly endeavor, and that’s why Honda Motor Co. and General Motors have decided to join forces to manufacture hydrogen fuel cells. Though the two automakers have been working together on this technology since 2013, the decision to jointly manufacture fuel cells is more recent.

Jointly manufacturing fuel cells is expected to reduce the costs for both companies. Mass production of fuel cells from the joint plant are anticipated to begin by 2025 at the latest. Though Honda and GM have been working on the fuel cells together they have not announced any collaboration on commercial FCV models.