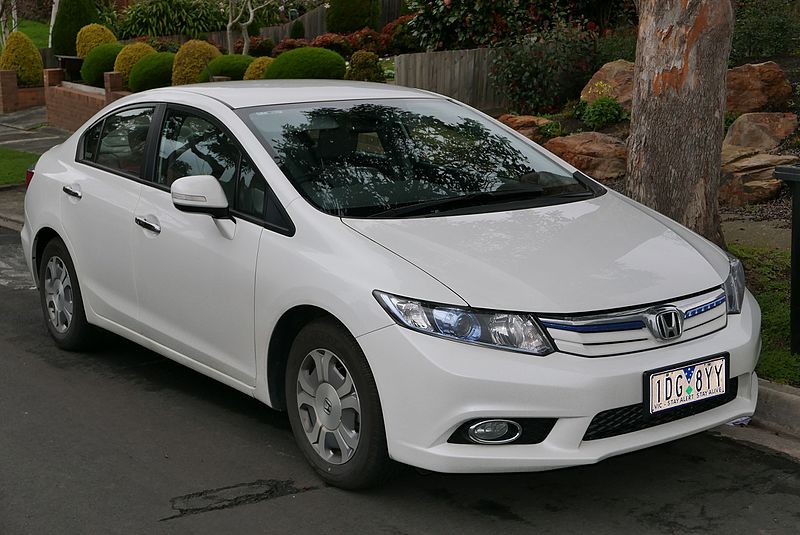 The Honda Civic Hybrid was a variation of the Honda Civic with a hybrid electric power-train. Honda introduced the Civic Hybrid in Japan in December 2001. In the United States, it was the first hybrid automobile to be certified as an Advanced Technology Partial Zero-Emissions Vehicle (AT-PZEV) from the California Air Resources Board (CARB). 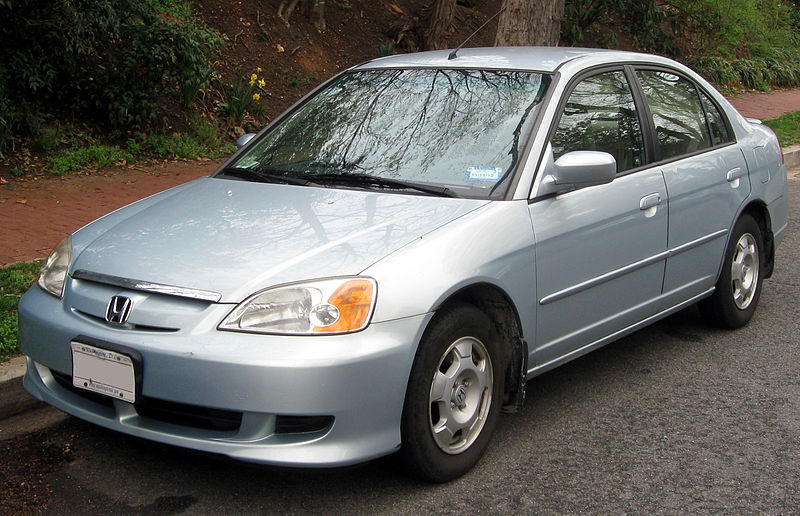 The Civic hybrid, based on theseventh generation Civic, was first introduced to the Japanese market in December 2001. Honda claimed it was the most fuel efficient 5-passenger gasoline-powered production vehicle in the world at the time. It was introduced to the U.S. in spring 2002 as a 2003 model. It is the first hybrid vehicle to be certified as an Advanced Technology Partial Zero- Emissions Vehicle (AT-PZEV) from CARB.

The first generation of the Honda Civic Hybrid was based on the seventh generation Honda Civic. It was the first mainstream vehicle from Honda equipped with a gasoline-electric hybrid system and became the second hybrid model of the company after Insight. Model with manual transmission was rated city 46 mpg‑US (5.1 L/100 km; 55 mpg‑imp) / highway 51 mpg‑US(4.6 L/100 km; 61 mpg‑imp) according to United States Environmental Protection Agency (EPA) fuel mileage estimates,[3] about the same combined mileage as for the Toyota Prius, and became the most fuel-efficient five-passenger sedan ever sold in North America at the time.[4]

The Civic hybrid is estimated to be 40 percent more fuel efficient than its non-hybrid counterpart. 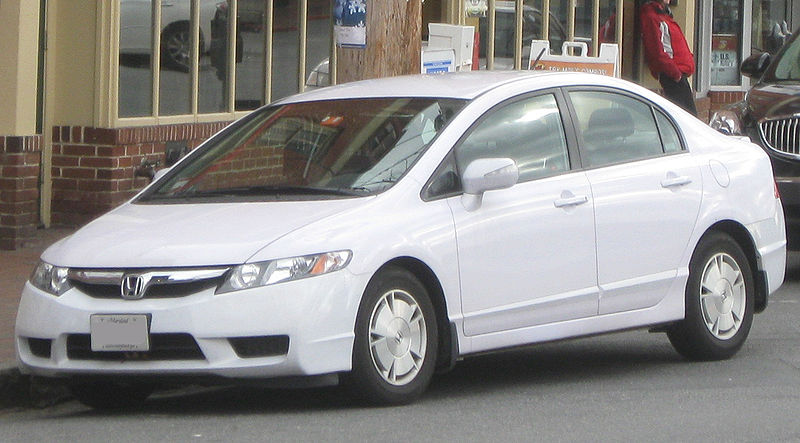 The second generation Civic Hybrid is based on the eighth generation Civic. As with other Civics, there are some styling differences to the exterior between the North American and the Japanese market models.

The power-train of the second generation Civic hybrid is similar to that of the first generation.

It is estimated that, when compared to a gasoline engine only Civic sedan of 2006 with an automatic transmission, the Civic hybrid provides an increase of fuel economy in city driving of about 63 percent and an increase of fuel economy in highway driving of about 27 percent.The CVT transmission is designed to achieve the highest efficiency for a given RPM.

A class-action lawsuit filed in 2012 alleged that Honda falsely advertised the fuel economy of the Civic Hybrid and that owners were getting significantly lower mileage. The Los Angeles Times reported in May 2012 that at least 36 small-claims lawsuits had also been filed against Honda over alleged false advertisement of gas mileage.

Some users reported that the fuel economy of the Civic Hybrid was reduced after Honda installed a software update to prolong the life of the hybrid battery by reducing the electric motor’s output and putting more reliance on the gasoline engine.

A Consumer Reports survey found a very high rate of battery failure in Civic Hybrids 2nd-generation Civic Hybrids, describing the failure rate for 2009-2010 models as “shocking”, with over 30% of responders reporting they had needed a battery replacement within the last 12 months. Honda acknowledged problems with the 2006-2008 models which could cause the batteries to “deteriorate and eventually fail”; software updates were issued to prolong the life of the battery, but some owners reported these updates led to reduced fuel economy and power. The 132 NiMH cell pack suffers from imbalance as individual cells can’t be monitored or charged. Monitoring is available at a 12 cell sub-pack level, but charging isn’t. After years/miles of use, the cells become imbalanced as the cells charge/discharge at slightly different rates from one another. Eventually, strong cells are limiting the upper capacity of the pack and weak cells are limiting the lower capacity of the pack thereby reducing the usable capacity of the pack. There are higher capacity non-OEM packs available for less than the OEM price, and many owners have achieved years-long extensions of usable battery life by utilizing a grid charger. A grid charger is a home-made or purchased charger that connects your car to the power-grid. These devices impart a long, slow “balancing” charge where all cells are gently charged to their maximum capacity. This can temporarily restore balance and dramatically improve usable capacity for months at a time. 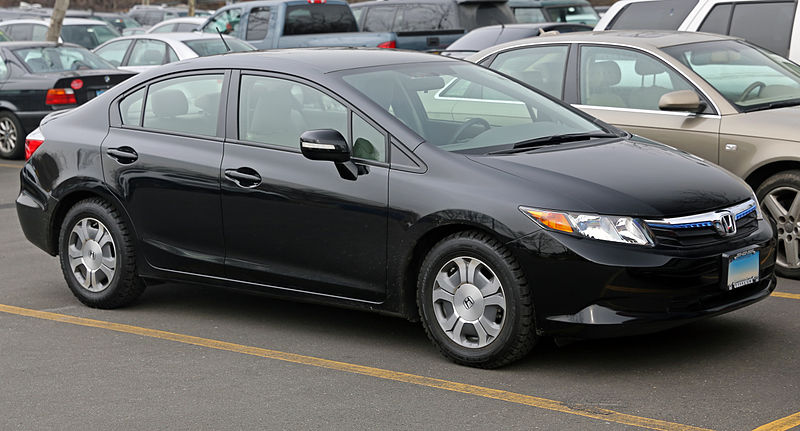 The Civic Hybrid has the latest Integrated Motor Assist (IMA) parallel hybrid system, with a new 20 kW lithium-ion battery — a first for a Honda hybrid vehicle. The new battery is 5 kW more powerful, 9 kg (20 lb) lighter and takes up 36% less space.Battery capacity is increased from 35 kAh to 100 kAh (4.5 Ah).

It comes with improved aerodynamics and Honda ECO Assist technology. The ECO Assist technology is an information system to help the driver adopt a more fuel-efficient driving style, and is proven to improve fuel economy by about 10% for Honda’s hybrid vehicles in Japan.

Production of the Civic hybrid sedan was moved from Suzuka, Japan to Indiana, United States in early 2013, following the production of the Acura ILX hybrid commenced at Indiana plant in April 2012, after production capacity was expanded to 250,000.

It is reported that over 50,000 Civic Hybrids were sold during 2007 worldwide.