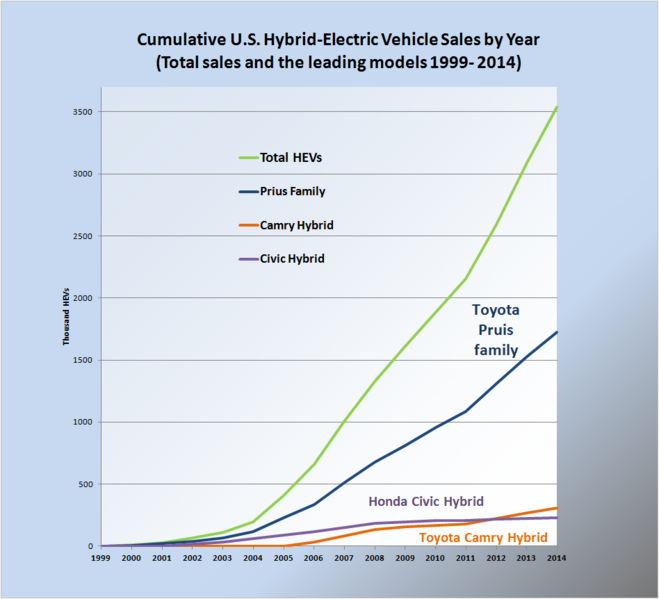 The fleet of hybrid electric vehicles in the United States, with over 4 million units sold through April 2016, is the second largest in the world after Japan (over 5 million). American sales of hybrid electric vehicles represent about 36% of the more than 11 million hybrid sold worldwide through April 2016. Since their inception in 1999, a total of 4,058,258 hybrid electric automobiles and sport utility vehicles have been sold in the country through May 2016. Sales of hybrid vehicles in the U.S. began to decline following the financial crisis of 2007–08, and after a short recovery, began to decline again in 2014 due to low gasoline prices. Hybrid sales in the American market achieved its highest market share ever in 2013, capturing 3.19% of new car sales that year, and dropped below 2% by April 2016.

Purchases from the Obama administration occurring for 25% of Ford and General Motors hybrid-electric vehicles sold between January 2009 and late 2010. During this period hybrids accounted for about 10% of the 145,473 vehicles bought by the U.S. General Services Administration.