Mercedes Will Build Electric SUVs at its Alabama Assembly Plant 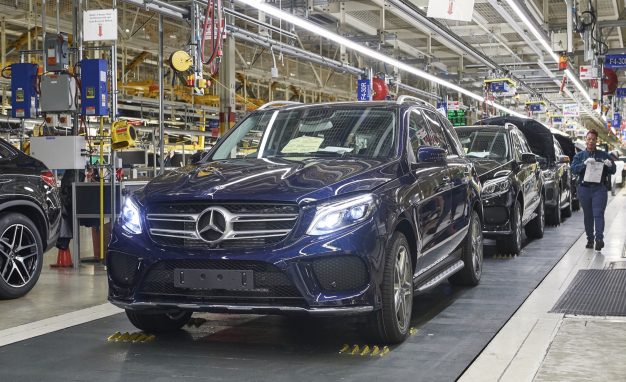 Mercedes-Benz has been building sport-utility vehicles—the M-class and now the GLE-class—at its plant in Tuscaloosa, Alabama, for 20 years. And now the company has announced a major investment in the facility aimed at preparing it for the surge of electric vehicles expected over the next 20 years.

In 2020, the plant will start building electric SUVs that will be part of the Mercedes EQ electric-vehicle sub-brand. The company hasn’t yet clarified whether that vehicle will be the GLC-size EQ C, which is already slated to be produced in Bremen, Germany, beginning in 2019, or a different model.

The Alabama plant already exports about 70 percent of its production to other world markets, and a release accompanying the announcement confirmed that the new plant will export some of the new EQ vehicles, perhaps as knockdown kits for regional assembly in other world markets.

The move includes a $1 billion expansion mostly related to EV production—a new, adjacent battery assembly facility, for instance—and is expected to create more than 600 new jobs. This is in addition to the $1.3 billion investment announced in 2015, which was aimed at producing a next generation of SUVs, including plug-in hybrids.

This wasn’t the only positive piece of U.S. vehicle-manufacturing news this month. Honda recently announced a $267 million investment and 300 new jobs related to its redesigned 2018 Accord in Ohio, and Toyota and Mazda are actively scouting locations for an upcoming $1.6 billion plant. Earlier this week, an unnamed source confirmed to Reuters, among other news organizations, that Volvo—before even producing a single vehicle at its new facility in Charleston, South Carolina—has decided to roughly double the size of its U.S. manufacturing investment there.