Misfiring in an engine-Causes and Diagnosis

MyMoto Nigeria > Car Maintenance > Misfiring in an engine-Causes and Diagnosis 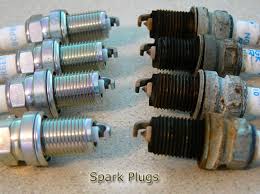 Misfire is a common drivability problem that may or may not be easy to diagnose, depending on the cause. A misfiring cylinder in a four-cylinder engine is, pardon the pun, hard to miss. The loss of 25% of the engine’s power output is the equivalent of a horse trying to run on three legs. The engine may shake so badly at idle that it causes vibrations that can be felt in the steering wheel and throughout the vehicle. The engine also may be hard to start and may even stall at idle, depending on the accessory load (air conditioning, headlights and electric rear defroster, for example).

When misfire occurs, performance suffers along with fuel economy, emissions and idle quality. And, when a misfiring vehicle is subjected to an emissions test, it will usually fail because of the unusually high levels of hydrocarbons (HC) in the exhaust. 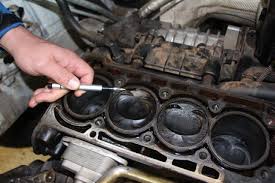 What causes a cylinder to misfire? Basically, it’s one of three things: loss of spark; the air/fuel mixture is too far out of balance to ignite; or loss of compression. Loss of spark includes anything that prevents coil voltage from jumping the electrode gap at the end of the spark plug. Causes include worn, fouled or damaged spark plugs, bad plug wires or even a cracked distributor cap. A weak coil or excessive rotor gas inside a distributor would affect all cylinders, not just a single cylinder.

“Lean misfire” can occur when the air/fuel mixture is too lean (not enough gasoline in the mixture) to burn. This can be caused by a dirty, clogged or inoperative fuel injector; air leaks; or low fuel pressure because of a weak pump, restricted filter or leaky pressure regulator. Low fuel pressure would affect all cylinders rather than an individual cylinder, as would most air leaks. A leaky EGR valve can also have the same effect as an air leak.

Intermittent misfires are the worst kind to diagnose because the misfire comes and goes depending on engine load or operating conditions. They seem to occur for no apparent reason. The engine may only misfire and run rough when cold but then smooth out as it warms up. Or, it may start and idle fine but then misfire or hesitate when it comes under load. Also, it may run fine most of the time but suddenly misfire or cut out for no apparent reason. Intermittent misfires can be a real challenge to diagnose, so let’s start with a steady misfire in one cylinder before moving on to intermittent misfires. 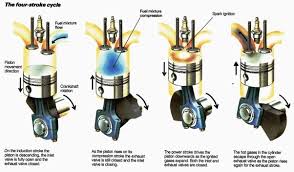 In the case of a steady misfire, isolating the misfiring cylinder is the first step in diagnosing the problem. Today’s OBDII systems make this easy using a scantool such as AutoTap. Simply use AutoTap to read the Diagnostic Trouble Code (DTC) stored in the PCM.

This is preferable to the traditional method of pulling plug wires to identify the weak cylinder, because it prevents the voltage from causing any damage to the electronics in the ignition system. When a plug wire is physically disconnected from a spark plug, the high voltage surge from the coil cannot follow its normal path to ground through the plug wire and spark plug, so it passes back through the coil. Most ignition systems are robust enough to withstand such voltage backups intermittently but not on a prolonged basis. If the coil or ignition module is already weak, it may push the component over the brink causing it to fail.

So, now you’ve diagnosed a misfire and have isolated it to one cylinder. Many times, the cause will be obvious when you remove the spark plug. If the plug’s insulator is cracked or broken, you’ve found the problem. If the plug appears to be OK but is wet, inspect the plug wire and boots for damage. Measure the plug wire’s resistance, end to end, with an ohmmeter. Refer to the vehicle manufacturer’s specifications, but, as a rule, resistance should not exceed 8,000 ohms per foot. Replace the wire if resistance exceeds specifications. If the plug is fouled, you’ve found the source of the misfire, but you still have to determine what caused the plug to foul. Heavy black oily carbon deposits would tell you that the engine is burning oil. The most likely cause is worn valve guide seals and/or guides, but worn rings and cylinders can also allow oil to enter the combustion chamber. Replacing the spark plug will temporarily cure the misfire problem, but, until the oil consumption problem is fixed, the engine will continue to foul plugs.

A leakdown or compression test will help you determine if the oil is getting past the valve guides or the rings. If the cylinder shows little leakdown or holds good compression when a little oil is squirted into the cylinder (wet compression test), it would tell you that the engine needs new valve guide seals and/or guide work. Most late model import engines have positive valve guide seals. Often, the guides are fine, but the seals are worn or cracked. The seals can be replaced on some engines without too much effort and without having to remove the head.

Just pull off the valve cover, remove the valvetrain hardware and use an external spring compressor to remove the springs so new seals can be installed. A regulated air hose connected to the spark plug hole will keep the valve from dropping into the cylinder. But, on many OHC engines, there’s so much disassembly involved to get to the valve springs you’re better off removing the head.

A spark plug that shows heavy whitish to brown deposits may indicate a coolant leak either past the head gasket or through a crack in the combustion chamber. This type of problem will only get worse and may soon lead to even greater problems if the leak isn’t fixed. Coolant makes a lousy lubricant and can cause ring, cylinder and bearing damage if it gets into a cylinder or the crankcase. Loss of coolant can also lead to overheating, which may result in cracking or warping of aluminum cylinder heads. If you suspect this kind of problem, pressure test the cooling system to check for internal coolant leakage. Spark plugs that show preignition or detonation damage may indicate a need to check timing, the operation of the cooling system and conditions that cause a lean air/fuel mixture. You might also want to switch to a colder heat range plug.

Short trip stop-and-go driving can cause a rapid buildup of normal deposits on plugs, especially if the engine has a lot of miles and there has been some oil leakage past the valve guide seals and rings. The cure here might be to switch to a one-step hotter spark plug.

Low compression can also be caused by a rounded cam lobe. If the valve doesn’t open, the cylinder can’t breathe normally and compression will be low. A visual inspection of the valvetrain and cam will be necessary if you suspect this kind of problem.

If the ignition components and compression in a misfiring cylinder are fine, that leaves fuel (or the lack thereof) as the only other possibility. You can start by checking for voltage at the injector. A good injector should also buzz while the engine is running. No buzzing would tell you the injector is dead, while a no-voltage reading would tell you it isn’t the injector’s fault but a wiring or computer driver problem.

If you’re dealing with a random misfire that can’t be isolated to a particular cylinder, all the injectors may be dirty. You should also check fuel pressure to see if the pump is weak or the pressure regulator is defective. A plugged fuel filter can reduce fuel pressure. If fuel pressure is within specifications, check the intake vacuum to see if there is an air leak that’s upsetting the overall air/fuel mixture. A couple of overlooked causes here may be a leaky EGR valve or a leaky power brake booster. 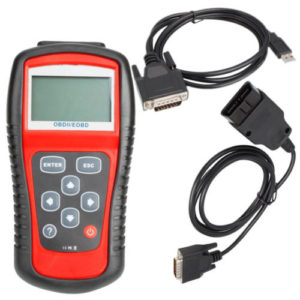 What will a scan tool tell you about misfire? Not much unless the vehicle is equipped with OBDII (1996 or newer). When the OBDII system detects a misfire that exceeds “normal” limits, it illuminates the Check Engine light and sets a P-code that corresponds to the misfiring cylinder. The last number in a P0300 series code tells you which cylinder is misfiring. A code P0304, for example, says cylinder number four is misfiring. If you also find a P0204 code (P0200 series codes cover the injectors), you’d know the misfire was probably caused by a bad injector.

If you find a P0300 code, it means the misfire is random and is moving around from cylinder to cylinder. The cause here would likely be something that upsets the engine’s air/fuel mixture, such as a major vacuum leak, leaky EGR valve or unusually low fuel pressure (weak pump or faulty pressure regulator). There’s really no magic bullet for finding misfires. It takes a certain amount of detective work to isolate the fault and determine the underlying cause. So, the next time you face a misfire, don’t miss the mark.