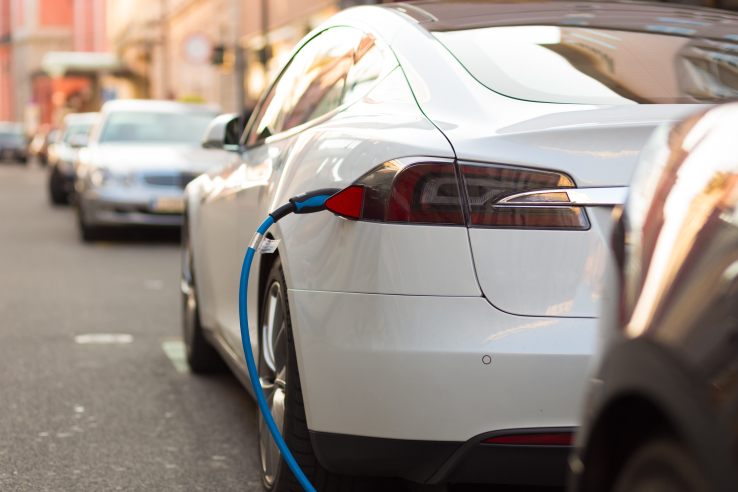 In case you weren’t paying attention, something amazing just happened to the automobile industry.

The recent unveiling of Tesla’s Model 3 resulted in the largest product pre-order in history. The fact that within days of launch about 400,000 people paid $1,000 each for a car they will receive in 2018 is simply astounding. In addition to the $400 million wired to Tesla, this represents an order book of more than $15 billion dollars.

There’s more. Three technology trends are converging in automobile transportation — and not a minute too soon, given the giant emissions and human carnage wrought by conventional vehicles:

These three big technological themes have accelerated over the past decade, and they are now showing multiplier effects on each other. This convergence is leading to dozens of new startups.  The traditional automakers are deploying large resources in this space, and now Tesla, Uber, Apple and Google — some of the most dynamic and successful technology companies in the world — are showing up in the driver’s seat of a new frontier.

Battery technology is at the core of what is needed to further drive electric vehicle adoption. The issue is mainly lowering the cost of batteries, with performance already adequate for most applications. The cost of a kilowatt of lithium-ion storage has dropped from about $1,000 in 2008 to something like $200 today. There are numerous advanced technologies that promise costs of $100 and less in the years ahead. The scale-up of global battery capacity will require very large investments, in the tens of billions of dollars, which are only just beginning. The race for those future plants remains open, and we see it as a highly dynamic and exciting area of investment.

On the ridesharing front, dozens of business models are addressing the absurd inefficiency of the current ownership model — where cars are left unused, on average, 23 hours of every day. By significantly increasing the utilization rate of vehicles, companies like Uber, Lyft, Kuaidi Dache, Ola and others are reducing the number of cars on the road. This has a direct positive environmental impact, by reducing congestion-related pollution and the need for additional road infrastructure, which will be multiplied with the roll-out of zero-emission electric vehicles.

Automation is perhaps the most captivating and science-fiction-like development. Self-driving cars are already a reality. The challenge is how to manage the roll-out in terms of regulation and infrastructure. The inevitable coexistence, at least initially, of self-driving vehicles with their human-operated counterparts will certainly pose quandaries.

Significantly less prone to accidents than human operators, self-driving vehicles allow us to imagine transportation without the associated carnage on the world’s roads. More than 1 million people were killed globally in vehicle crashes last year. An incredible boost to economic productivity and leisure can also be foreseen with millions of hours of commuting time becoming available for whatever we choose to do with them.

ALSO READ  How to register for Uber taxis Lagos, and make ₦150,000 a month

Finally, the positive environmental impact is potentially the biggest win of these technological shifts. Sustainable transportation, enabled and supported by the deployment of renewable electricity infrastructure, will make a significant dent in global carbon emissions.

Roughly three hundred billion dollars were invested in wind and solar power plants last year, according toBloomberg New Energy Finance. That makes renewable infrastructure one of the largest capital expenditures globally. I think a similar big bang will soon occur in transportation with the race for better batteries.

Many companies are already embracing the inherent opportunities of large-scale change. Others that don’t fully embrace the powerful forces at play will likely be challenged the way coal firms and cheating car companies are stumbling today.

12 Things You Need To Know About Driving An Uber I...
Report: Norway might Ban sales of Petrol-Powered c...
Myth about Electric & Hybrid Cars: are they r...
What are Electric Vehicles?
Toyota, Uber form ride Sharing Alliance