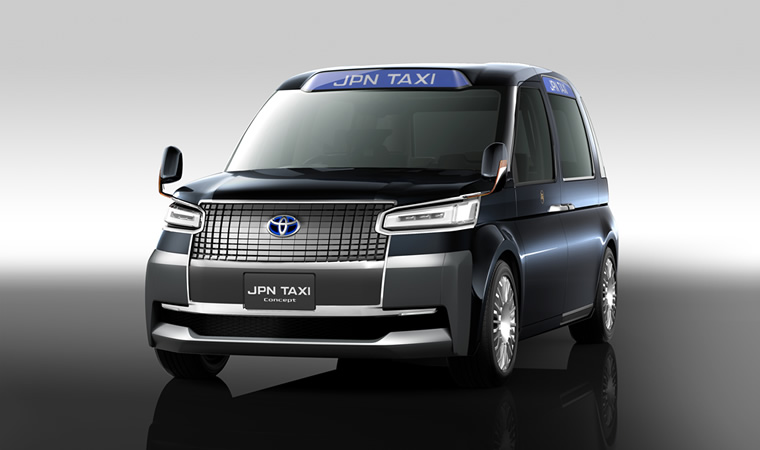 If you’ve been to Japan in the last 20 years, or have even seen depictions of it in movies or other media, you’ve probably seen the Toyota Crown Comfort, the country’s unassuming yet iconic taxi of choice. Much like the U.S.’s own Ford Crown Victoria, which served from 1998-2011 with few changes, the Crown Comfort looks basically the same in its last year of production as it did in its first. But the Comfort’s long reign has finally come to an end, and Toyota has launched a next-gen taxi that it hopes will serve Japan through the 2020 Tokyo Olympics and beyond.

The JPN Taxi went on sale at Toyota and Toyopet dealers in Japan today, and showcases a radically different—but no less distinctive—design compared to the ‘90s-styled Crown Comfort. The car is best described as a tall wagon, complete with a rear liftgate that opens to a cargo area that can fit two large suitcases or four golf bags, according to Toyota. The front grille pays tribute to the JPN Taxi’s predecessor with horizontal slats and a bright chrome frame. The tall roof offers an unheard of 9 inches of headroom in the back and there’s a sliding rear door on the left side designed with wheelchair users in mind. JPN Taxis are available in three colors, including a dark indigo hue called Koiai that Toyota says is a traditional color representing Japan.

The taxi will be offered in two trim levels: Nogami, which gets halogen headlights and a less ornate front end, and Takumi, a more upscale model that comes with standard LED headlights and a higher-grade interior. Both models are front-wheel-drive and are powered by a hybrid system comprised of an electric motor and a 1.5-liter I-4 that runs on liquid petroleum gas (LPG or propane).

It remains to be seen whether this taxi will achieve the same iconic status as the Comfort, a car Toyota CEO Akio Toyoda awarded the “President’s Prize” back in 2010 for its importance to the company. But looking at it from a rider’s perspective, it certainly looks more spacious.