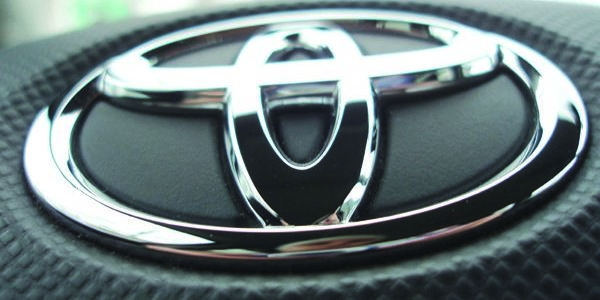 Although the Supra sports car co-developed with BMW is no secret, Toyota this week revealed two next-generation sports cars that are likely to enter the lineup.

Although there were doubts whether Toyota and Subaru would continue their joint venture to make a second-generation 86 and BRZ, the two automakers “are already in discussion” to continue the rear-drive sporty coupe, said Shigeki Tomoyama, Toyota Motor Corp. senior managing officer.

Also raising eyebrows at the Tokyo Motor Show was Toyota’s GR HV Sports concept. Although some thought this targa-top coupe was a preview of the next 86/BRZ mashup, Tomoyama said this car was something further up the food chain, using the hybrid racing technology borrowed from the World Endurance Championship.

The WEC car, code-named TS050 in the LMP1 class, runs an engine with 45 percent thermal efficiency. Whereas Toyota used supercapacitors in previous WEC iterations, the TS050 has a motor-generator unit at each axle, with energy storage coming from cockpit-mounted, regenerative lithium-ion battery packs. When that feeds the 2.4-liter turbo V-6, total system output nears 1,000 hp.
But anyone can make horsepower. The real story, especially in endurance racing, is thermal efficiency. Most passenger cars are lucky if they reach 35 percent. But Toyota has a target of 50 percent thermal efficiency, said Tomoyama, who is president of Gazoo Racing and of Toyota’s connectivity efforts.

With a 173-inch length, 71-inch width, and 50.4-inch height, the GR HV Sports is about 7 inches longer than the Toyota 86 but about the same width and height.
Although no final decision has been made to build the car, Tomoyama said: “We would like to commercialize such kinds of sports vehicles with that kind of efficiency.”

As for the Supra, Tomoyama confirmed that Toyota wants the vehicle to have a straight-six layout and be “light and powerful.”

Tomoyama said Toyota CEO Akio Toyoda—driving under his racing alter ego “Morizo”—has been active in testing the Supra at the Nürburgring and elsewhere.
“We are focusing on rear tire traction and contact with the road,” Tomoyama said. “Cornering within smaller-diameter (tight) corners will be very important. The rear tires will need a little slip, and drivers need to know (the limit) of the slip.”

As for how much the Supra will be similar to the BMW Z4, Tomoyama said that Toyota utilized “some” parts from BMW, “but the model we are developing will be completely different. We will not disappoint.”
As a benchmark, Tomoyama has brought his personal 1997 Supra, tuned to 600 hp, into the Toyota executive parking lot. The Supra makes so much noise compared to most executives’ cars that the parking attendant tried to throw him out of the lot, determining that Tomoyama was a youthful imposter. Now, Tomoyama said: “He bows very deeply to me.”

Gazoo is now involved in tuning the Lexus “F” models, specifically the next-generation GS-F.
“We are looking at what kind of target audience the car has, what tone and manner, how much understeer and oversteer balance,”Tomoyama said. “The cars have to run faster, and that tuning is already (in place). Even within Lexus, we may have different models which have different tuning.”As for whether Gazoo Racing will make specific inroads into the U.S. market, Tomoyama said that the brand will not interfere with the existing Toyota Racing Development group.

“TRD is a brand of parts, a customization brand. Gazoo Racing ranges from development of a car in production to sales. Of course, customization is part of Gazoo Racing. But Gazoo is going to launch a very pure sports vehicle in the future, and then you will know difference between GR and other companies.”
But for now, Gazoo is focused on the European and Japanese markets, where endurance and rally racing are more popular. In eyeing the American market, Gazoo is in early talks with folks interested in NASCAR and the IndyCar series.

But anyone lusting for a Gazoo Camry will have to wait a while, Tomoyama said: “We would rather launch a sports car with a dedicated special platform.”