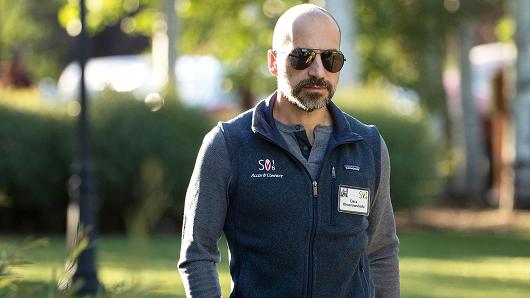 Uber Technologies Inc. will begin limiting the time U.K. drivers can spend on the road to 10 hours a day, responding to regulatory health concerns about tiredness and exhaustion.

Uber said that starting next week it will require drivers to take a six-hour break if they’ve worked for 10 consecutive hours. To enforce compliance, workers will be prevented from logging into the app during rest periods.

Safety was among the issues raised by transportation authorities last year in revoking Uber’s operating license in London, the company’s largest European market. The decision is being appealed. In October, lawmakers in parliament also questioned the company’s efforts to keep tired drivers off U.K. streets.

Uber, which is able to track the whereabouts of its drivers through its software, has adopted similar hour-restrictions in some parts of the U.S. and Australia. The company said the average U.K. driver spends about 30 hours a week logged into the app.

“We want to do our part to ensure they don’t drive tired,” Andrew Byrne, Uber’s head of policy, said in a statement.

“The reason drivers are fatigued is because they are not earning enough,” James Farrar of the Independent Workers Union of Great Britain, said in a statement. “Drivers are being made to pay for the consequences of corporate greed and regulatory failure.”