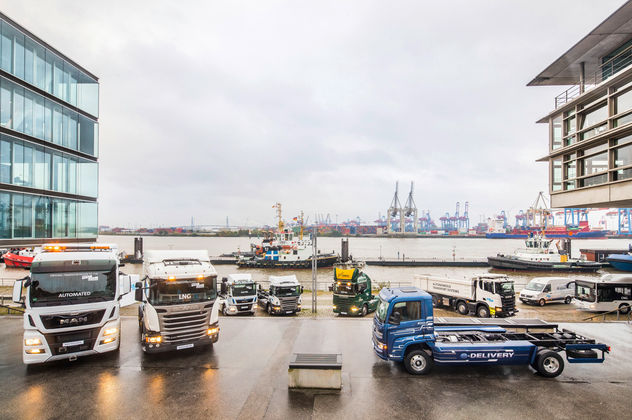 Today, Volkswagen Truck & Bus outlined plans to build a fleet of electric buses, trucks, and delivery vehicles to help boost efficiency and reduce carbon emissions in the transportation sector. Meanwhile, the division is also working on a host of specialty autonomous vehicles.

The automaker is developing a number of electric delivery vehicles, including the eCrafter van that arrives by the end of the year. A VW I.D. Buzz Cargo vehicle is currently in development and should launch in 2022. The compact van’s design and functionality is said to be reminiscent of the VW Bulli.

A distribution truck called the Volkswagen e-Delivery made its world premiere recently. It will be built in Brazil starting in 2020, and it was designed for large cities.

In addition to electric cargo vehicles, Volkswagen is also getting serious about electric buses. Production on electric city buses from MAN and Scania is said to start before 2020. The energy requirements of heavy-duty, long haul trucks pose challenges for battery technology, although the company is currently working on a solution. In the meantime, liquefied natural gas has potential.

“Volkswagen Truck & Bus has announced its aim of becoming number one in the field of alternative drive systems,” Volkswagen Truck & Bus CEO Andreas Renschler said in a release. “The company already has a broadly diversified portfolio, which offers the best possible foundation for this endeavor.”

There’s also room for autonomous technology in Volkswagen’s Truck & Bus division, particularly when it comes to highly specialized work vehicles. Volkswagen is gearing up to deliver the first copies of its fully autonomous Scania mining truck to customers. It is also working on driverless shuttles in airports and vehicles involved in road maintenance work.